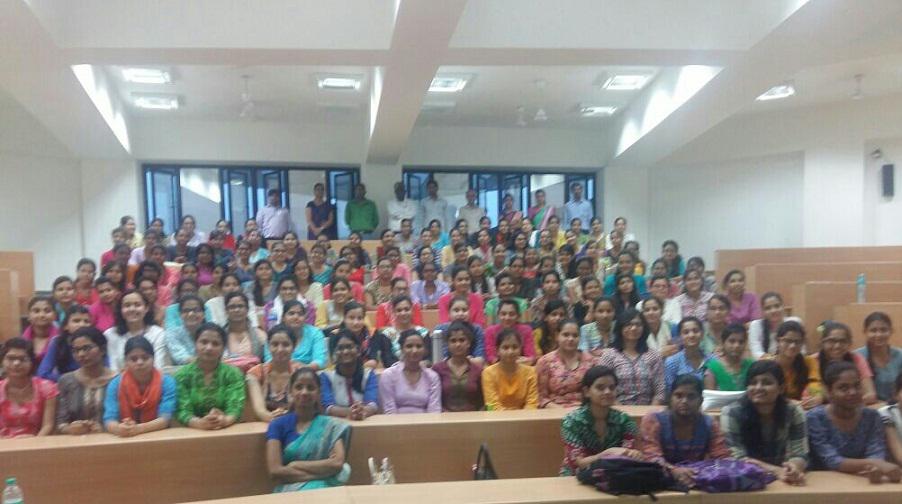 08-30-2019 | Associations & Organizations
Banasthali
Chevening Fellow Prof Suphia Khan Banasthali Participates in CRISP IGNITE 2019 A …
Chevening is the UK government’s international awards programme aimed at developing global leaders since 1983. There are two types of award – Chevening Scholarships and Chevening Fellowships – the recipients of which are personally selected by British embassies and high Commissions throughout the world. Chevening Research, Science, and Innovation Leadership Fellowship (CRISP) Hosted by the University of Oxford is aimed at mid-career professionals with very high potential in the fields
08-29-2019 | Sports
Banasthali
At Banasthali Everyday is National Sports Day and Keep Fit Day
To commemorate the birth anniversary of 'The Wizard', hockey legend Olympian Major Dhyan Chand who had scored over 400 goals in his career from 1926 to 1948, India celebrates 29 Aug every year as National Sports Day. With over 16000 girls coming from different parts of the nation, the 850 acre Banasthali campus itself is a mini India echoing the lines of Gurudev Rabindranath Tagore in National anthem “Panjaba Sindhu
08-26-2019 | Arts & Culture
Banasthali
Janmasthami 2019 Celebrations Galore at Banasthali
The rich ethnic diversity of India truly comes alive when the Banasthali campus celebrates various festivals spread over the year. During these celebrations, the students and faculty of Banasthali add a spectrum of colours and gaiety to campus life and indeed rise above caste and creed and develop mutual respect for all religions. With over 16000 students coming from different parts of India, the 850 acre Banasthali campus itself is
08-23-2019 | Science & Education
Banasthali
Banasthali School of Earth Sciences Celebrates National Remote Sensing Day 2019
The day is in honour of Dr Vikram Ambalal Sarabhai born on 12 Aug 1919 undisputedly the father of the Indian Space Program who was a great institution builder without any parallel. Some of the institutions where he played a stellar role for their establishment include at Ahmedabad Physical Research Laboratory (PRL), Space Application Centre and Indian Institute of Management (IIM); at Thiruvananthapuram Vikram Sarabhai Space Centre; at