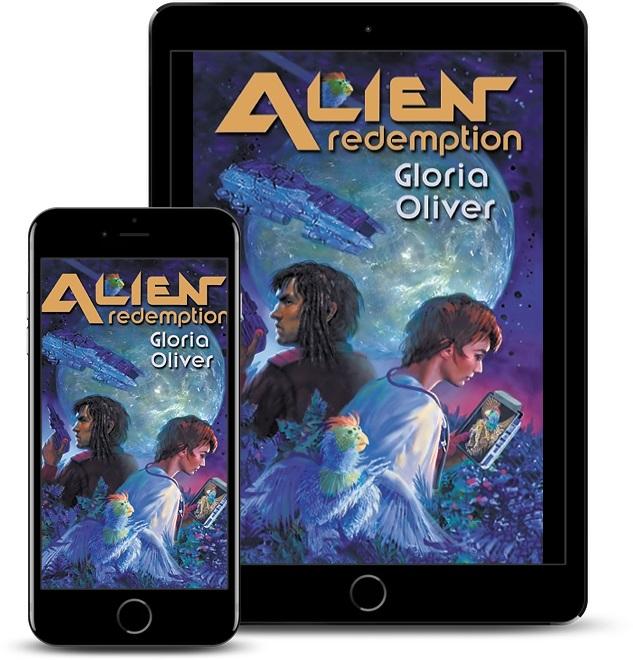 Author Gloria Oliver Releases New Science Fiction Novel - Alien RedemptionAuthor Gloria Oliver is pleased to announce the release of her new science fiction novel, Alien Redemption. Released by Zumaya Otherworlds in February 2020, the book is already receiving rave reviews from readers and reviewers. All Claudia wanted to do was escape the mistakes of the past and start over. But when she answers an ad for a medical officer on a merchant ship in the Fringes, the captain recognizes her and blackmails her into taking the job.The Holiday's Captain Bennet is amoral and has a short fuse. Claudia steers clear of him as much as possible, while trying to care for the crew he lashes out on. Then the rumors start that their latest mission is to a location Bennet won't even share with the pilot.The secret coordinates take the ship and crew to an uncharted system in the Fringes. To a planet that holds intelligent life, and despite the odds, also a humanoid one.Bennet plans to use these aliens to climb up the power ladder at the borders of the Dominion. Even if it means placing the Avians into brutal servitude for the rest of their lives.Can Claudia stop the impending exploitation of this newly discovered sentient species all on her own? Or is there a worse fate than blackmail waiting for her if she tries? Book Details: Alien Redemption By Gloria Oliver Publisher: Zumaya Otherworlds Published: February 2020 ISBN: 978-1612714141 (print) ISBN: 978-1612714165 (ebook) ASIN: B0855BBBJP Pages: 257 Genre: Science FictionAbout the Author: Gloria Oliver lives in Texas, staying away from rolling tumbleweeds while bowing to the never-ending wishes of her feline and canine masters. She works full time shoveling numbers around for an oil & gas company and squeezes in some writing time when she can. Contact: Website: http://www.gloriaoliver.com/alien-redemption Twitter: http://www.twitter.com/GloriaOliver Facebook: https://www.facebook.com/gioliver Promo Link: http://bookbuzz.net/blog/science-fiction-alien-redemption/Purchase Links: https://www.amazon.com/Alien-Redemption-Gloria-Oliver-ebook/dp/B0855BBBJP https://www.barnesandnoble.com/w/alien-redemption-gloria-oliver/1136434199?ean=2940162828389 https://www.kobo.com/us/en/ebook/alien-redemption-2BookBuzz.net 59 Heritage Way Drive Rome, GA 30165Website: http://bookbuzz.net/blog/science-fiction-alien-redemption/BookBuzz.net helps indie authors, hybrid authors, and small publishers promote and market their books. We also help with book reviews, publicity, and more. Let's Create Some Buzz For Your Book!!!